That’s what Sarah’s father told her before his academic disgrace and untimely death.

Now, primatologist Dr. Sarah Bishop is eager to restore her father’s good name. Survival show host Russ Cloud is just as eager to boost his plummeting ratings. They’ll both have a shot at redemption when they find themselves hired by eccentric billionaire Cameron Carson. After a series of his publicity stunts end in spectacular failure, Carson has a plan to redeem his tarnished image: capture a live Sasquatch.

Sarah and Russ join an expedition with an eclectic crew: an Afrikaner safari hunter, a ‘roided out former wrestling star, a Shoshone master tracker full of surprises, a heavily tattooed Russian warrior woman, a pair of wise-cracking nerds, and a cute gum-chewing intern with some hidden skills. Will they find Bigfoot?

There’s something in the woods… but it’s not what they’re expecting. 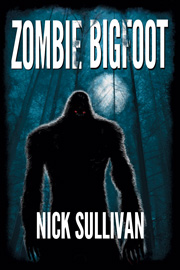 Zombie Bigfoot is avaialble now in print, kindle, or audiobook.

“No one can shift from gore to guffaws like Nick Sullivan!”

— Michael Reisig, author of the Road to Key West  series.

“Zombie Bigfoot is a super fun book that moves at a pace that will leave you breathless. The story is everything that I loved about the creature features that I used to watch on the late night horror shows of my youth.”

“From the ridiculous characters like the hunter to the multitudes of pulpy kills it aims to please the low-budget movie aficionado. The dialogue is good and the action is delivered in spades. If you like overly dramatic gory kills then Zombie Bigfoot will make you go all squishy inside.”

“Sullivan was able to create his bigfoot characters and make them so remarkable and almost believable. For a zombie story, it was incredibly dynamic. Sullivan put a lot of thought into every twist and turn.”

“Zombie Bigfoot is one of those stories that will stick with me... I would put this up with the adventure greats Preston & Child and David Wood.”

“Zombie Bigfoot is a thrill ride from beginning to end. It delivers laughs and shivers in equal measure.”

— Wayne Stinnett, Down Island Press: author of the Fallen  series. 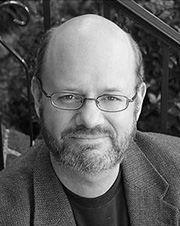 Born in East Tennessee, Nick Sullivan has spent most of his adult life as an actor in New York City, working in theater, television, film, and audiobooks. After recording hundreds of books over the last twenty years he decided to write one of his own. Zombie Bigfoot is his first novel. And yes, there is an audiobook version. Matt Damon wasn’t available so the author recorded it himself.